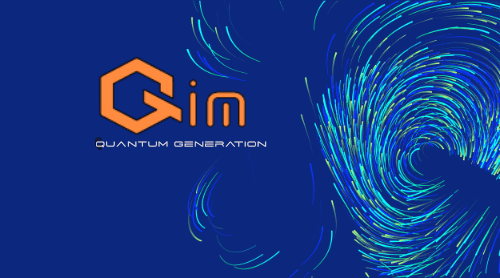 Encrypted Messaging
Chat on-the-go straight from your phone. With end-to-end encryption and no chat history, your information is never in danger.

Traditional email is sent as plain text. That means the email is like a post card; anyone who can intercept the message can read the content. Today, companies and individuals realize that this is unacceptable. Email needs to be confidential and encrypted. Offering the best email encryption is the first step, but we understand that email encryption is only effective if used, and it is only used if it is easy. Quantum Generation™ Mail offers a combination of policy-based gateway and single-click encryption, designed to secure and control information sent internally and outside your organization.

Quantum Generation™ Mail also solves the problem with traditional Email headers (metadata) which reveal more about us than we may care to imagine. It reveals your exact location down to the neighborhood, street, and house number. In addition, headers reveal to whom you are sending emails, how often are they answered, and what servers you are using. All this info lies in metadata. Quantum Generation™ Mail, even while sending normal emails, automatically filters out personal info in the metadata that is leaked by traditional email clients.
Why Is Encryption Needed?

Although Federal Government monitoring is on everyone's mind right now, it's actually just the latest security disruption to produce news headlines. Corporate spying, employers reading personal emails, hackers, and identity thieves have and will be an ever-present concern. While trying to find a NSA proof email may not be your top goal (even though there are plenty instances of law enforcement intrusions being unable to break encryption), safeguarding your private email and data surely is. Quantum Generation™ Mail keeps your data safe from people looking to hijack your accounts, change passwords and log in as you. It additionally prevents those looking to steal financial data, or search your contacts looking for useful information about you, your friends, and family to use for spear-phishing attacks.

Encryption and Privacy
Our “Zero Knowledge” approach means that even we can not access your data, as we utilize Off The Record (OTR) encrypted chat and ZRTP Encryption for voice and video. A direct end-to-end encrypted channel is created between you and the other party.

Space Based Protection
Quantum Generation™ is 100% offshore, owned and operated, meaning we are outside the jurisdiction of any other country and especially the "Five Eyes" bound by the multilateral treaty for joint cooperation in signals intelligence. Our encrypted servers and drives are in Jurisdictional agility with some of the best privacy laws and data security in the world.

Encrypted Instant Messaging
Quantum Generation™ QG™ IM lets you have end-to-end encrypted and authenticated chat sessions with people so that only you and the person you’re chatting with can read the chat messages. All other parties—our own servers, your ISP, or anyone else Trying to eavesdrop on your private and secure chats—cannot.

Quantum Generation™ QG™ IM encrypted instant text messaging is the most secure way to communicate. The written word isn't dead; it's gone encrypted and digital. OTR chat keeps no record of the messages you send. Send encrypted text and instant messages to your contacts, even while you're QG™ IM.

Send Files
With Quantum Generation™ QG™ IM, you can send files securely, quickly, and easily. Send secure files of any size over encrypted connection to single or multiple contacts during a voice, video, or group call and via instant message.

Not only is the conversation encrypted, but the protocol is designed to provide deniability of the participants while protecting conversation confidentiality, like a private discussion in real life. This is a distinction when compared to other cryptography that produce records which can be later used as a verifiable history of the communication and the identities of the contributors.

Chat Authentication
Quantum Generation™ QG™ IM's use of fingerprints and authentication ensures you are speaking with the correct person now, and in the future. Once you start an encrypted conversation, you can then authenticate, i.e. confirm the identity of your contact, and they can be sure of yours as well. Once you exchange and confirm electronic fingerprints, you will not have to confirm again for that person on that device. On all future conversations, once the private chat (padlock) is enabled, the system will confirm with an easy to understand closed padlock and green check mark. This lets both parties know that the encryption is enabled.

Encrypted Voice and Video
Quantum Generation™ QG™ VC for voice and video uses a cryptographic key-agreement protocol to negotiate the keys for encryption between two end points, enhancing security and privacy while using audio or video. From a user's point of view, ZRTP is very easy to use and it does not require any training once it is applied.

Protect Against “Man-in-the-Middle” Attacks
Quantum Generation™ QG™ VC deploys preventive measures to alert the clients to identify MitM (Man in the Middle attacks), and to ensure no one interfered with the ZRTP encryption negotiation. Quantum Generation™ QG™ IM utilizes simple to use, yet powerful mechanics which are (SAS) Short Authentication String and (RS) Retained Shared Secrets.

When a call is made both the caller and recipient will see a SAS (4 character key displayed on screen), and each caller can confirm the SAS data and match it verbally over the secure connection. A secure way to confirm the SAS is for one caller to read the first two SAS characters, then the other party reads the last two characters. If the SAS matches then no one interfered with the key negotiation of ZRTP encryption. Matching up the SAS is best done at the start of the call and while in typical conversation.