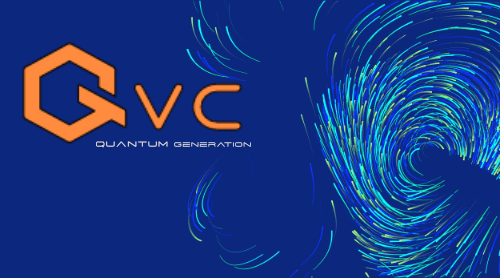 Private and Encrypted Video Conferencing
Whether looking for a secure alternative that protects your privacy or to securely replace offshore Webex and GoToMeeting, QG™ Video Conferencing is the solution. With other companies like Skype (Microsoft), Google, and Facebook you can expect that all of your online communications, business contacts, friends’ and loved ones’ voice calls, video calls, and text chats are recorded and stored. At QG™, we guarantee 100% privacy and a “Zero Knowledge” policy. With Off the Record (OTR) and ZRTP voice and video encryption, 100% privacy is more than just a motto; it is a core philosophy.

Encryption and Privacy
Our “Zero Knowledge” approach means that even we can not access your data, as we utilize Off The Record (OTR) encrypted chat and ZRTP Encryption for voice and video. A direct end-to-end encrypted channel is created between you and the other party.

Space Based Protection
Quantum Generation™ is 100% offshore, owned and operated, meaning we are outside the jurisdiction of any other country and especially the "Five Eyes" bound by the multilateral treaty for joint cooperation in signals intelligence. Our encrypted servers and drives are in Jurisdictional agility with some of the best privacy laws and data security in the world.

Free Encrypted Voice and Video Calls
Make encrypted crystal-clear free voice calls or video calls all over the world to Quantum Generation™ QG™ VC or any other xmpp/japper user. Alternatively make secure low-cost phone calls to any U.S. and international cell phones and landlines via your EncryptVoice account. Don't let distance get in the way. Whether you're down the hall or across the world, securely and privately connect with your employees, partners, clients, or friends and family no matter where they happen to be.

Video Conferencing
Experience secure collaboration with simple to use, high-quality encrypted video conferencing and meeting tools. Start a private meeting, share easily and work together effectively. Show others anything on your computer via encrypted connection—files, apps, or your whole desktop. Quantum Generation™ QG™ VC allows you to collaborate face-to-face, maintaining a human connection with your employees, partners, clients, or friends and family no matter where they happen to be.

Encrypted Instant Messaging
Quantum Generation™ QG™ VC lets you have end-to-end encrypted and authenticated chat sessions with people so that only you and the person you’re chatting with can read the chat messages. All other parties—our own servers, your ISP, or anyone else Trying to eavesdrop on your private and secure chats—cannot.

Quantum Generation™ QG™ VC encrypted instant text messaging is the most secure way to communicate. The written word isn't dead; it's gone encrypted and digital. OTR chat keeps no record of the messages you send. Send encrypted text and instant messages to your contacts, even while you're QG™ VC.

Send Files
With Quantum Generation™ QG™ VC, you can send files securely, quickly, and easily. Send secure files of any size over encrypted connection to single or multiple contacts during a voice, video, or group call and via instant message.

Not only is the conversation encrypted, but the protocol is designed to provide deniability of the participants while protecting conversation confidentiality, like a private discussion in real life. This is a distinction when compared to other cryptography that produce records which can be later used as a verifiable history of the communication and the identities of the contributors.

Chat Authentication
Quantum Generation™ QG™ VC's use of fingerprints and authentication ensures you are speaking with the correct person now, and in the future. Once you start an encrypted conversation, you can then authenticate, i.e. confirm the identity of your contact, and they can be sure of yours as well. Once you exchange and confirm electronic fingerprints, you will not have to confirm again for that person on that device. On all future conversations, once the private chat (padlock) is enabled, the system will confirm with an easy to understand closed padlock and green check mark. This lets both parties know that the encryption is enabled.

Encrypted Voice and Video
Quantum Generation™ QG™ VC for voice and video uses a cryptographic key-agreement protocol to negotiate the keys for encryption between two end points, enhancing security and privacy while using audio or video. From a user's point of view, ZRTP is very easy to use and it does not require any training once it is applied.

Protect Against “Man-in-the-Middle” Attacks
Quantum Generation™ QG™ VC deploys preventive measures to alert the clients to identify MitM (Man in the Middle attacks), and to ensure no one interfered with the ZRTP encryption negotiation. Quantum Generation™ QG™ VC utilizes simple to use, yet powerful mechanics which are (SAS) Short Authentication String and (RS) Retained Shared Secrets.

When a call is made both the caller and recipient will see a SAS (4 character key displayed on screen), and each caller can confirm the SAS data and match it verbally over the secure connection. A secure way to confirm the SAS is for one caller to read the first two SAS characters, then the other party reads the last two characters. If the SAS matches then no one interfered with the key negotiation of ZRTP encryption. Matching up the SAS is best done at the start of the call and while in typical conversation.